I haven't done a RevGalBlogPals Friday Five for awhile but they are doing a Healing Space Edition today.  Besides waking up this morning to news of a manhunt, international terrorists on a killing spree, a shootout and a city on lockdown, I have a bit of stress going on in my own life so a Heaing Space is a good thing to think about.  So five healing things:

I love the hymn "How Can I Keep from Singing?"  Enya's version sounds very healing to me today

I just look out the window to the bird feeders and watch them, along with the antics of the squirrels, skunk and woodchuck that come by for their share, to be very healing.

3. A favorite food (they call it "comfort food" for a reason) 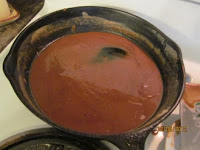 I always make ham stock from the Easter ham and the other day I made gumbo.  Gumbo requires a dark roux and a dark roux requires your constant attention for about 10 to 15 minutes.  Just stirring and attending to the roux, watching it turn that rich Carmel color can be very healing.

4. A recreational pastime (that you watch or participate in)

I don't live anywhere near a skating rink but I need to get my skates out and drive to one.  Soon.

5. A poem, Scripture passage or other literature that speaks to comfort you.

Rejoice in the Lord always; again I will say, Rejoice. Let your gentleness be known to everyone. The Lord is near. Do not worry about anything, but in everything by prayer and supplication with thanksgiving let your requests be made known to God. And the peace of God, which surpasses all understanding, will guard your hearts and your minds in Christ Jesus.
Finally, beloved, whatever is true, whatever is honourable, whatever is just, whatever is pure, whatever is pleasing, whatever is commendable, if there is any excellence and if there is anything worthy of praise, think about these things. Keep on doing the things that you have learned and received and heard and seen in me, and the God of peace will be with you.

BONUS: People, animals, friends, family - share a picture of one or many of these who warm your heart. 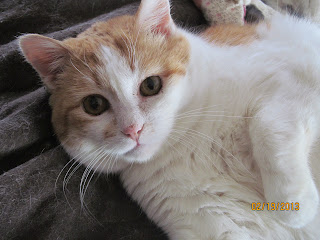 Sweety - the cat that I took in because I thought was pregnant
, was not pregnant but has turned into a very sweet affectionate cat. 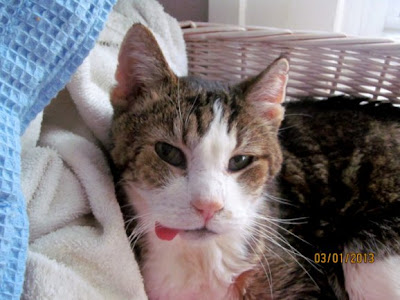 This is Tommy my oldest cat.  Probably close to 20 years old, his tongue is hanging out because he only has two teeth left.  He is skin and bones and not long for this world.  I think he knows it and is very affectionate, saying his goodbye. He wants to tell me everything is going to be okay.  I believe him.
Posted by Pastor Joelle at 7:28 AM 5 comments: Links to this post

This is Exactly What I was Talking About

So in the comments in my previous post on abortion, Gary want to engage in exactly the kind of philosophical, abstract debate that I think is not helpful.  One that pits the rights of one group against another group (unborn babies vs. women)  And I'm not playing.  I want a different discussion. I want a discussion about how we can take care of each other as a community.  How can we make this world a safe place for women to have and raise children.  So he goes and has a little hissy fit over at his blog and claims it is "Impossible to Discuss Abortion with Liberals" and accuses me  (in response to a comment that I am not nearly as unreasonable as he claims) of "plastering the Lutheran blogosphere" with my views and that because I won't play his game I'm insulted and angry.

Dude.  I'm not angry.  I'm just bored.  And your warning that I was going to get A LOT of traffic from your post?  Yea.  12 people clicked through from your blog.  I get about 150 hits a day so I can probably handle the extra 12 people.  But I still don't think that qualifies as "plastering the Lutheran blogosphere"


Posted by Pastor Joelle at 8:37 PM No comments: Links to this post

The Gosnell Case - A Combination of Poverty and Restriction of Abortion

I've always wished we could have an honest and sane discussion on abortion.


It is my belief that a compassionate and just society makes it possible for women to both bear and raise the children they conceive.

This idea that women are just casually getting abortions is simply not true.

Many many years ago I read "In a Different Voice" by Carol Gilligan that is about how the way women make moral decisions is different than men.  The book was not about abortion, though she used women making decisions about abortion as an example of how women make decisions.

But what struck me was how many women ended up getting abortions to keep men in their lives, who were needed to support the children they already had.

People think feminism is responsible for abortion but it seems to me if women were more independent, they'd be able to have and raise their children.


So you can't get rigid "pro-life" (really who is anti-life?) people to discuss abortion in a sane way and you can't really get feminists to discuss it either because they are so desperately trying to keep it safe, legal and  available.  Which I understand.

I wish pro-life people would understand that trying to forbid abortion does not solve anything, it only makes things worse.  And I wish pro-choice people could talk about the fact that we are discussing life and there is a violence and a loss for women who must make this choice.

It's like there are only two ways of looking at abortion, abortion is the equivalent of Hitler killing Jews, or it's just removal of unwanted tissue.  Both these view points is harmful to women and harmful to society.

I won't post any links to the Gosnell case.  If you haven't heard about it you can Google it.  He was a butcher who took advantage of poor women.  Period.  And now he's the poster boy for the argument that there is a pro-abortion, left wing media conspiracy because the press didn't pay much attention.  The truth is nobody ever pays attention to poor women.

People don't like the idea of late term abortions, but these are the result of lack of money and access to health care to detect pregnancy and to earlier abortions.

Then women get desperate and they go to butchers like Gosnell.


This is what happened before abortion was legal and it's going to happen more as more states make end runs around the constitution to block access to safe legal abortions.  And unfortunately the way the "left wing" media has played into anti-abortion's narrative of this case, this is just going to make it worse.


Posted by Pastor Joelle at 8:07 AM 6 comments: Links to this post

Mass slaughter and rape of Darfuri men, women, and children in Western Sudan by government-armed and funded Arab militias continues to this day. 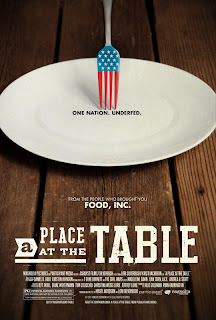 You need to see A Place at the Table.*  And then you need to show it at your churches.  And then we need to mobilize to convince our worthless congress to do something that has proven to solve hunger (or "food insecurity" which is the new word for it) in our country.  We've done it before, we can do it again.

Back in the 70s I was pretty into World Hunger and especially Bread for the World.  I was always organizing Offerings of Letters.  And this is the thing I didn't realize but was pointed out in this movie.   We actually pretty much solved the hunger problem in the United States.  I know to hear the Right Wing mantra of what a failure the "welfare state" was and what a waste the war of poverty was, you problably didn't realize this.  But between food stamps, WIC and school lunches, people stopped being hungry.  We still had poverty and unemployment and drugs and racism and all kinds of problems that are harder to solve.  But at least people were not hungry.  And you have eat before you can do anything else.

And then the 80s.  And Reagan who everyone thinks was such a hero.  And complaints about "big government".  And food stamps and school lunches were defunded.  And now people, children, go to bed hungry.  In this country.

And now the popular thing is to say "Let the private sector take care of it"  Let the churches feed people.  This is the thing, churches ARE feeding people.  Churches and charities are making a herculean effort.  If churches and charities could solve the problem, they would have.  People are not hungry because Christians don't care.  This is what solves hunger in America - Government programs like food stamps, WIC and school lunches (funded at more than 90 cents a meal)  That's the truth.

Yes there are more complicated and difficult issues like our Agriculture polices.  But I think we can start by making people understand what a difference we can do by funding food stamps and school lunches.  It's a start.  Let's go back to offerings of letters.  Let's sponsor more Lutheran, Catholic, Presbyterian, Episcopalian, Jewish, whatever, Day on the Hill, where we all advocate for doing what we did before, ending hunger in America.  We did it before.  We can do it again.  Or least we can try.

* Information on public screenings of A Place at the Table here.
Posted by Pastor Joelle at 6:34 AM No comments: Links to this post

Prayer is good for anyone. 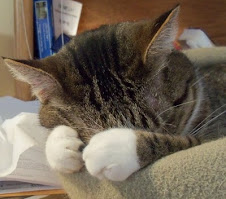 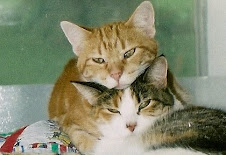 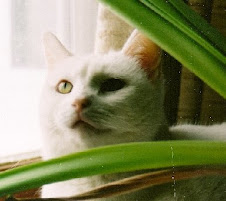 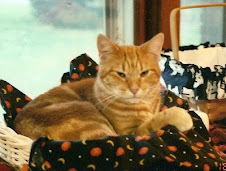 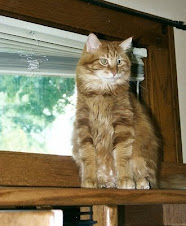 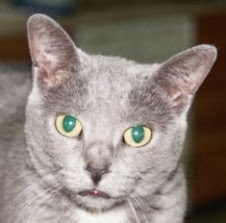 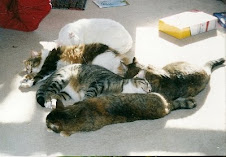 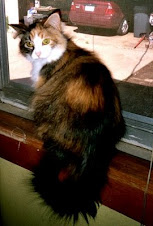 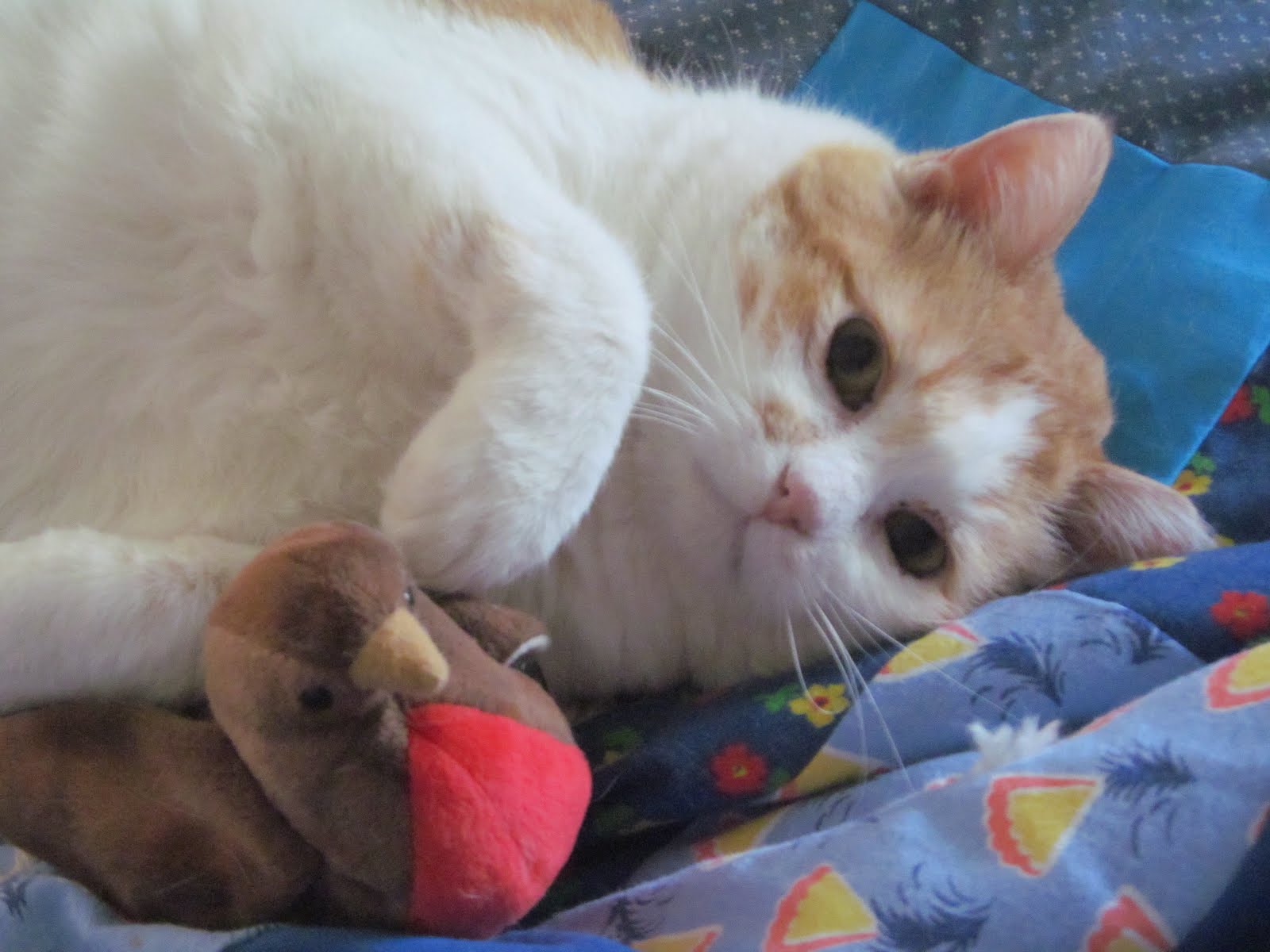 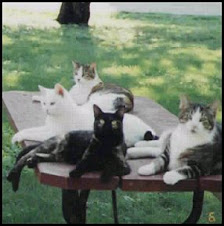